You are here: Home1 / Uncategorized

At the LES International Delegates Meeting in San Diego the LES Benelux society was granted with a LESI Award for most outstanding event.

Trainers of LES Benelux have been together with the co-organizers of LES China and with Martin Schneider, chair of the LESI Education Committee, a leader in the Licensing Seminar held in Beijing in the autumn of 2017.

During the Annual General Meeting in Rotterdam on 12 June 2018 Jean-Christophe Troussel, board member of LES International, handed over the Award to Laura MacDonald, past president, and Bill Bird, current president of LES Benelux.

Bruno Vandermeulen was awarded a Certificate of Merit for all his work done as chair and member of the LES International European Committee and the close ties he maintained with the European Commission in Brussels which provided up-to-date information on major changes in European IP Legislation. 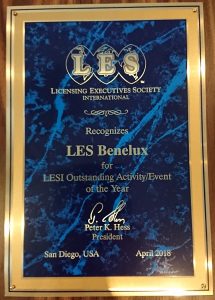 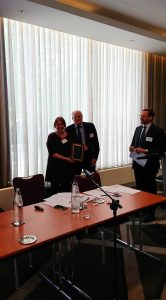 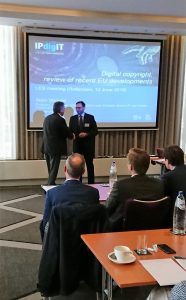